Many years ago the humans escaped to the world of Helios after almost being destroyed in a devastating war on planet Earth. They became settled and were happy on Helios that is until the enemy discovered them. The battle that continued has been vicious and many humans have been hurt or killed. The only hope left for the humans is a prototype vehicle known as the Havoc suit. It has the ability to transform from an almost invincible mech to a highly maneuverable fighter jet. In the Havoc suit you'll have to take out bad guys in huge battles. Gun Metal is filled with over 14 diverse and engaging missions. Each mission you'll be able to customize your Havoc for maximum damage! 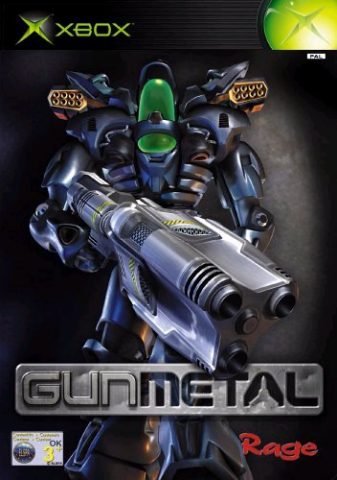