The player takes on the career of an officer in World War I.

This main character is assigned by his superior to various posts along the fighting fronts of Western Europe, where he must prove his strategic abilities. The game features two campaigns consisting of 15 exciting missions each, all based on original battles. To begin with, players must choose the side they want to fight on: Allies or Germans.

Packed with original units and maps, the game really immerses the player in the atmosphere of WWI. The style of theentire game will be based on that era.

* Turn-based strategy hit set in World War I
* Realistic 3D landscape
* 3D units - faithful, highly detailed and wonderfully animated copies of the real thing
* 2 interlinked campaigns (Allies or Germans) with a total of 30 original missions
* More than 60 units from four nations (Germany, France, Great Britain and the US)
* Countless special functions including repair, reloading, building of barricades, transport, salvaging wreckage
* Improve your troops during the course of the campaigns to turn them into elite fighting units 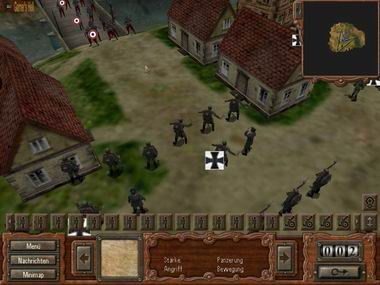