A mission-driven action title, Robotech: Battlecry embodies the classic mech-filled mayhem of the animated series. Featuring all-encompassing destruction on a giant scale, the game is a high-octane arcade shooter that captures the TV show’s spectacular visuals and epic storyline. As an intrepid fighter pilot, the player must protect cities of Earth from roving bands of a giant alien race, the Zentraedi. The player pilots the versatile Veritech fighter, a giant transformable mechanized robot that can convert into a high-flying jet fighter, a 40-foot-tall humanoid robot, and a combination of both. Each transformation mode offers new movement options, special abilities, or weapons. To succeed in battle, players must use more than one mode to complete their assigned objectives. In keeping with the Robotech identity, the environments, mecha, characters, and overall appearance are modeled directly from the stylized look of the highly regarded animated series. 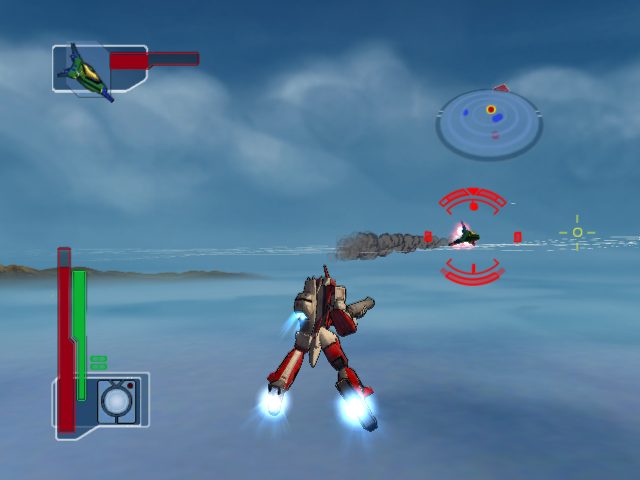