Quantum Redshift has the speed of Wipeout 2097, the personalities and crazy tracks of SSX, and the power-up strategy of Mario Kart. Set 100 years in the future, Quantum Redshift features a new racing tournament of speed and daring that has become an organized sport on tracks all over the world. The 16 drivers all have their own unique ship, home circuit, weapons, and nemesis. Intense storylines, developed throughout the game via cut scenes and animation, range from political adversaries to estranged lovers.

# 2014-11-04 17:26:28 - official description
Race on futuristic terrain, competing in fierce grudge matches against your archrival and multiple opponents! It takes a rare combination of racing skill and weapons strategy to achieve ultimate victory in this hyperspeed combat racer! Quantum Redshift features state-of-the-art graphics and sound. There are 16 enormous tracks to race through. In addition to the 16 different characters, each craft has unique weapons with over 100 different weapons effects. Take on up to four friends in the addictive split-screen mode. 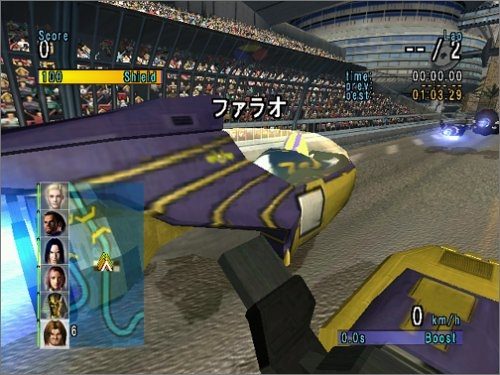