Since the Beginning of Time the forces of Order and Chaos have been engaged in an eternal struggle to decide the fate of all Creation. That struggle has now come to the Mortal Realm... And neither Man, Demon, nor Angel will be left unscathed... After possessing the body of the hero who defeated him, Diablo resumes his nefarious scheme to shackle humanity into unholy slavery by joining forces with the other Prime Evils, Mephisto and Baal. Only you will be able to determine the outcome of this final encounter. As one of five distinct character types, explore the world of Diablo II - journey across distant lands, fight new villains, discover new treasures and uncover ancient mysteries, all in the quest to stop the Lord of Terror, once and for all...

# 2014-06-29 12:20:24 - official description
In Diablo II: Lord of Destruction, you will return to follow the path of Baal, the last of the Prime Evils, into the Barbarian Highlands of the north. Traveling with hordes of demonic minions, Baal intends to corrupt the powerful Worldstone, which protects the whole of the mortal plane from the forces of Hell.

You will face a new series of quests and challenges to prevent the vile minions of the underworld from destroying the world of Sanctuary. 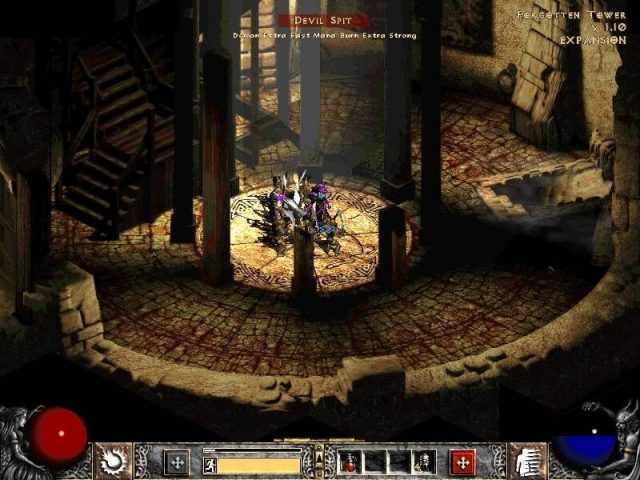