In an interesting mix of side-scrolling action and role-playing games, Valkyrie Profile will have you scouring the ranks of the dead in search of suitable warriors for Odin, the Norse god of gods. But before these dearly departed can be entered into Odin's einherjar, or heavenly army, you've got to train them in the right battle skills.

'Valkyrie Profile is an RPG that draws on elements of side-scrolling action games to produce a game with a flavor all its own. You are Valkyrie, one of three goddesses whom Odin, lord of all gods, has entrusted to find suitable human souls to be his warriors, his Einherjar. Recruit deceased souls to become Einherjar, train them by testing their skills in battle with a unique attack/combo system, and customize their abilities so that they may better serve Odin in Valhalla. Explore richly painted dungeons to defeat vile undead creatures, obtain powerful artifacts, and work your way towards one of three distinct endings. Just remember that Odin is watching your every move.' 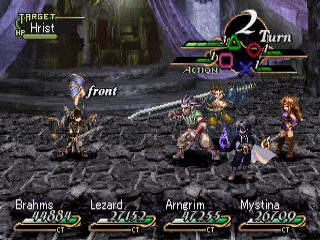