The time has come for you to fulfill your destiny... After the world was nearly destroyed in the Great War, technology was abandoned and people turned again to magic. Peace reigned for generations, until the evil wizard, Dragonia, began to mix his knowledge of magic with the forbidden ways of science. According to prophecy, you are one of two warrior magicians fated to save mankind. In order to fulfill your destiny, you must seek out the four swords of wind, fire, water and thunder, and use them to form the most powerful weapon of all time - Crystalis.
* Relive the NES legend in this updated version, exclusively for Game Boy Color!
* Interact with hundreds of characters as you explore the enormous world in this exciting role-playing adventure!
* Collect armor and magical items, battle hideously mutated monsters and cast powerful spells as you struggle to save the world from the evil wizard, Dragonia!
* Updated cinematics feature digitized human speech.n 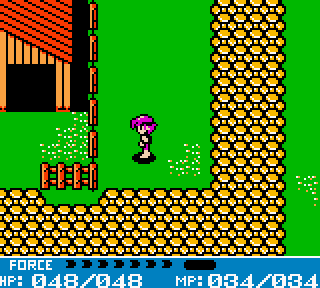