Half human, half-vampire, Agent BloodRayne has superhuman strength, agility and senses that make her capable of skills far beyond the scope of a normal human. This formidable huntress works for the Brimstone Society--an underground organization that seeks out and destroys supernatural threats. Two missions, five years apart, turn out to be connected by one man: Jurgen Wulf. For years, he's been searching for powerful occult artifacts that would bring Nazi Germany into a new age of domination during WWII. BloodRayne is the world's only chance to defeat his elite Nazi army and prevent them from releasing untold horror upon its people.

As Agent BloodRayne, you'll travel through the eerie swamps of Louisiana, to Argentina and Germany in this battle-heavy, 3rd person thriller. All the while, satisfying her passionate lust for human blood. 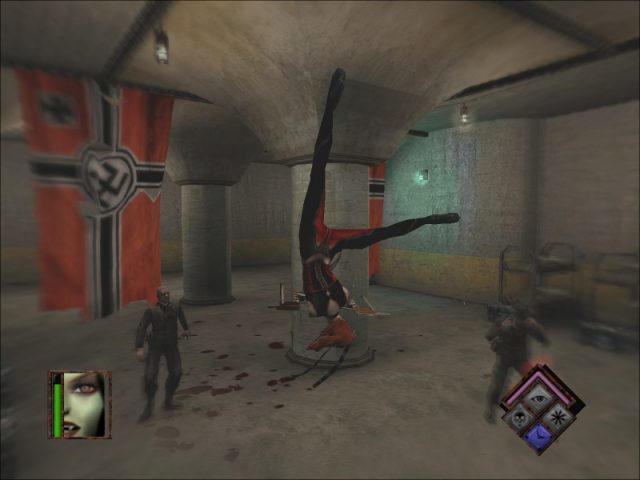