It's time to jump into the cockpit of a giant robot and face off against scores of enemies. Armored Core: Project Phantasma is the sequel to smash hit, Armored Core. This game retains the same great game play of the original, but has added new weapons and types of missions. During the game you'll be able to upgrade your robot with enhancements, which will come in useful against the opposing force. 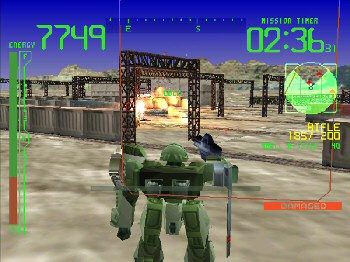