Yippie-ki-yay! John McClane is back in action! In Die Hard Trilogy 2: Viva Las Vegas, McClane once again finds the chips stacked against him as he becomes embroiled in a devious plot masterminded by cunning terrorists. Die Hard Trilogy 2 features styles of the original game-third person action/adventure, sharpshooting, and extreme driving-into one continuous story. Or players can focus just on the game style they like best! All this --set in and around the bright lights of Las Vegas, not to mention an exciting soundtrack featuring a famous band's cover of Elvis' Viva Las Vegas!

# 2017-07-04 14:59:03 - official description
This is the sequel to the hit Die Hard Trilogy where you will experience an all-new storyline featuring the heroics of John McClane and the criminal antics of international terrorists.
The sequel takes a bit of a turn, and instead of three themes in three separate styles of play (adventure/action, first-person shooting, and driving), the game involves one consistent storyline set solely in Las Vegas. You'll play as John McClane again, this time visiting his buddy Kenny Sinclair in Vegas when some localized terrorist activity requires his intervention! 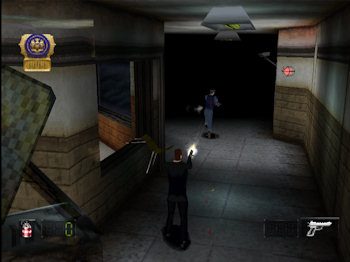