Are you prepared to strike back? In URBAN STRIKE: The Sequel to JUNGLE STRIKE for the Sega Genesis, you have to jump into a helicopter and take the battle all around the world. From the pilot's seat you're able to attack enemies, gather supplies, and complete other mission objectives that will take you to five levels that range from Hawaii to Las Vegas to Mexico. Each mission contains a varying set of parameters, though each guarantees quick shooting and flying action. The game also contains a password save system that brings you right back to where you left off. URBAN STRIKE: The Sequel to JUNGLE STRIKE follows in the footsteps of its predecessor and offers all of the action that the STRIKE series is known for, delivering the action right into the palm of your hand. 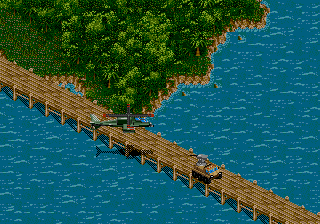