Fall in line for fast, furious firefights with Worms Blast. Your mission: launch your Worm marine into hostile waters and blast your way to survival. Go head-to-head with a friend in a barrage of gameplay modes and mini-games. Unleash a firing frenzy on your opponent using Shotguns, Bazookas, Mines, Laser Beams, and Sea Monsters and collect power-ups like Double Damage, Sailor?s Delight, and Fish Food. Recruit your Worm from a crazy corps of cartoon grunts with serious delusions of grandeur. Tired of the single-player game? Then try one of the eight head-to-head modes! Worms Blast puts your mettle, reflexes, and blasting skills to the ultimate test. Are you ready soldier? Then move out! 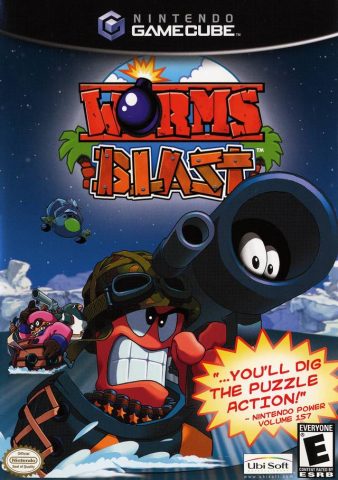