As the unofficial sequel to the game RC Revolt, RC Revenge promises faster action and crazier tracks. There are five different worlds that the tracks run through. Compete by yourself or against a friend in what appears to be one of the fastest racers on the PSX. There are four different trophies that you can race for in RC Revenge. A nice addition is the inclusion of RC boats as well as cars for you to race against. 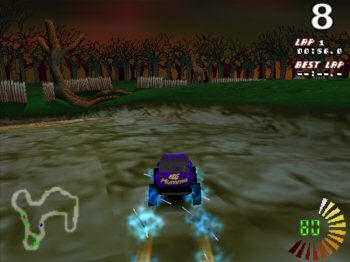