Six months ago, a new breed of terrorist invaded several countries. The casualties were staggering. The governments of the world banded together to eradicate this global threat. A group of elite mercenaries are hired to strike where the air forces have failed. The reward for these impossible surgical strikes is awesome. You are the team leader, and you must equip your team with the most devastating air power available from lightning fast F-15's to undetectable F-22 Steath fighters! Air superiority is the top priority in defeating this invasion force. Once your team dominates the air, the enemy's ground forces will be useless! 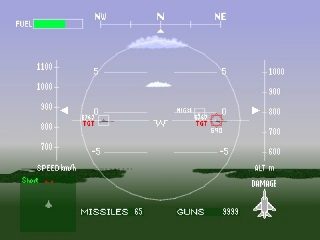