Sometimes it's just too hard to try to do things all alone. Take, for example, Joseph, who is on a quest to find some ancient rings. As a summoner--a type of sorcerer who can conjure creatures out of the ether and make them do his bidding--Joseph has the luxury of calling in a little reinforcement help when things get a little too hot. However, the summoner has had some bad luck using these special powers in the past. As a result, he has to be especially judicious in summoning. Thankfully, not all of his help comes via incantation; along the way he'll run into others who can join him in his mission. Summoner, one of the first role-playing games for the PS2, includes a party-based battle system. 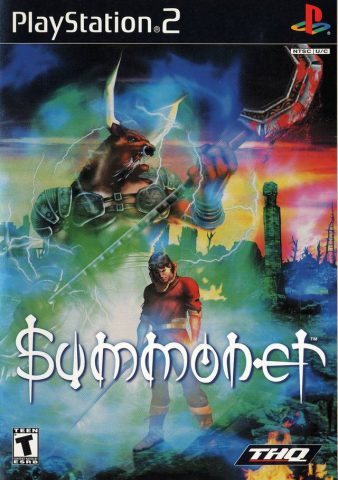