Choose from over 10 warriors from the three dynasties of third-century China, and then play the most realistic weapons-based fighting game on the PlayStation. Experience the story, practice, time trial, endurance, team battle, and tournament modes where motion-captured, polygonal combatants fight to the death. If your friends start talking trash, challenge them to a two-player match, and show them who the real Emperor of China is. 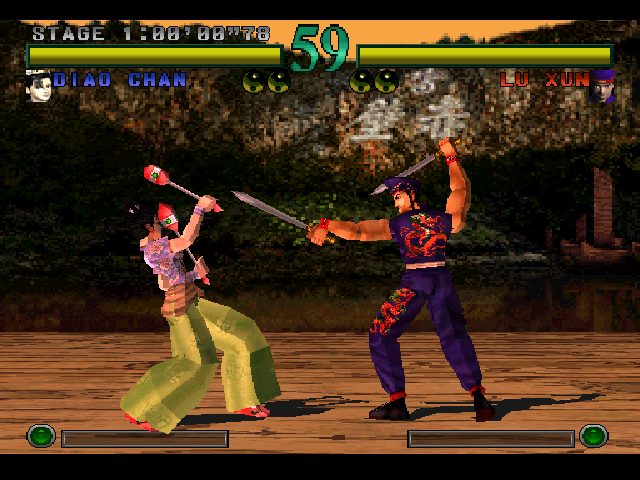