In the future, humanity has mastered interplanetary travel. Mars was the first destination for pioneers; soon settlements were built on the planet, and it became the colony of the Earth. A young girl named Esk was born on Mars, but her father brought her to earth when she was little. For some reason, she always longed to see her home planet. Against her father's will, Esk travels to Mars, but on the way her spaceship is attacked. Once on Mars, Esk teams up with a young adventurer named Cifer, and together they must figure out who attacked the spacecraft and why.

The fourth entry in the Blood series is, like its predecessors, a story-driven shooter with adult content. Exploration mode is viewed from a third person and involves the player navigating Esk through 3D environments, finding the right path, and occasionally solving simple puzzles. Most places of the game are inhabited by enemies who appear at predetermined points.

The player is then put into a first-person shooting mode. The protagonist can not move during fights, and the player must aim and load the weapon manually to take the enemies before they kill Esk. It is possible to buy and find better ammunition, basic equipment and health-promoting items. In addition to regular opponents, the player also has to deal with a few bosses.

In-Game sex scenes are interactive and rarely occur, dictated by plot events. Controlling different characters at certain points in the story, the player has the ability to interact with 3D female character models. To perform certain actions, the player can control the speed and direction of the corresponding movement with the mouse.

Far future... Planetary immigration of the mankind has already started half a century ago...
A lonely girl lives in the shuttle between the Earth and Mars.

# 2006
The story is about the first human immigrants among more than half the planet, with the development of technology, mankind has been using large-scale manned rocket to travel freely between the planets.
In the large vessel for manned rocket to Mars, according to visions of a girl named in the Earth and the life of her father, is planning to give up their own planet to the original, that is their real place of birth, Mars.
She never thought that she would be involved in an unprecedented coup in Mars. Would not think about, their body has amazing hidden secret, the secret around, a great plot is in the pipeline. 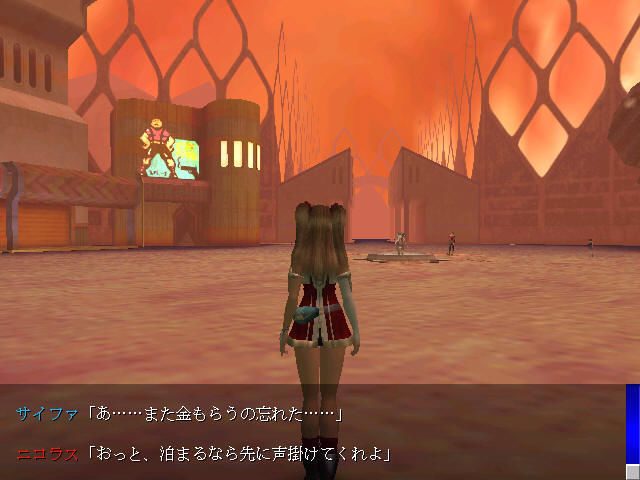 View the full gallery (2 are NSFW)