The King of Fighters '95

Now you can play the arcade hit KING OF FIGHTERS '95 on your PlayStation. Choose from 26 different characters and then try to win a martial arts tournament in the Normal mode. For a bit more of a challenge, take on the Team Battle mode where two teams of three fighters battle for superiority. You can pick from eight different teams or create your own with the team edit option. Beating KING OF FIGHTERS '95 will take courage and determination.

# 2017-07-08 09:22:39 - official description
It's your turn to play as one of 24 characters in King of the Fighters 95. This speedy game is full of 2D fighting action. You can pull off tons of combos and special moves with each character. If you're in real trouble, each character has a "Last Resort" move that you can perform to inflict some real damage. 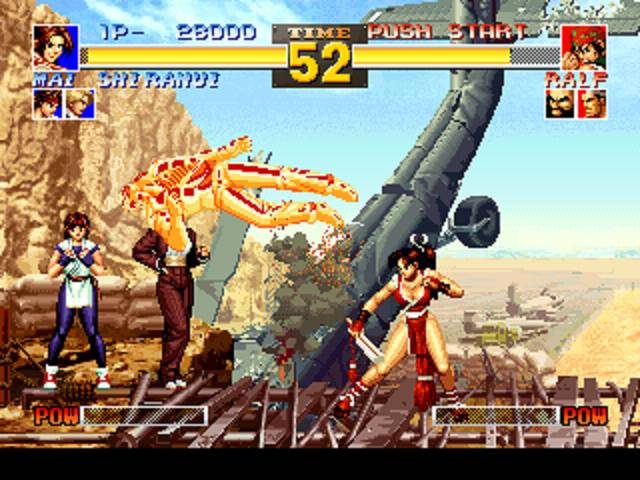 The King of Fighters '95 in-game screen.