NBA IN THE ZONE 98 is a traditional five-on-five basketball game that follows the lead of its predecessors, NBA IN THE ZONE and NBA IN THE ZONE 2. In the original game, the emphasis was on an arcade look and feel. NBA IN THE ZONE '98 advances the series' evolution by leaning towards more of a basketball simulation. New options include an on-the-fly play-calling system as well as statistical tracking, which not only keeps season stats but also charts league leaders in various categories. 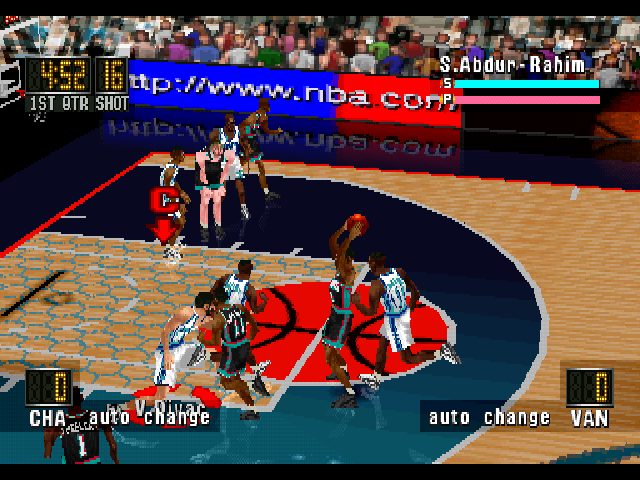