Cuba, 2009: Castro is dead, and the first free elections in decades are thrown into turmoil by a drug-funded warlord.
The Ghosts, an elite team of U.S. Army Green Berets, are sent to Cuba as part of a U.N. peacekeeping force to destroy the rebel forces and their mercenary leaders and to secure the elections for a free Cuba. Eight intense single-player missions deep in the heart of Cuba with varied environments, including lush jungles, harsh deserts, and deadly urban streets for plenty of action. Play against opponents worldwide on five Cuban-themed maps, three desert-themed maps, and four fan favorite maps from Ghost Recon. 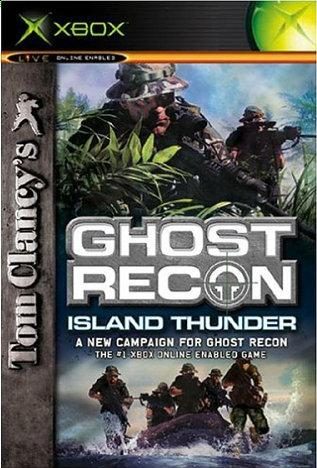