WELCOME TO THE WASTELAND ...where humanity struggles to pick up the pieces after a devastating nuclear war. As a courageous member of the Brotherhood of Steel, your mission is to bring peace to this post-apocalyptic world filled with relentless chaos and radioactive nightmares.
* Over-the-top 3rd person action set in a grim post-apocalyptic universe
* Outrageous arsenal of weapons including home-made plasma rifles, cleavers, and fragmentation grenades
* Choose from three unique and customizable playable characters
* Auto-targeting ability to cycle quickly through enemies like rats, roaches and radscorpions
* Single or multi-player cooperative playing

# 2013-09-17 17:06:15 - official description
In this gritty and darkly humorous 3rd person action adventure, players join the courageous Brotherhood of Steel, whose mission is to maintain peace in the grim post-nuclear world of Fallout. Challenged by hordes of ghouls, mutants and other radioactive nightmares, players utilize a combination of intense combat strategies including melee, ranged weapons and explosives to fulfill their daunting task of defeating the mutant army in hopes of restoring humanity in a nearly unlivable universe. Welcome to the wasteland. Based on the world of Fallout, a successful series of PC games set in a grim post-apocalyptic universe inspired by classic '50's sci-fi films. Unleash over 50 ranged, melee and explosive weapons on hoards of radioactive and mutant creatures and bosses. 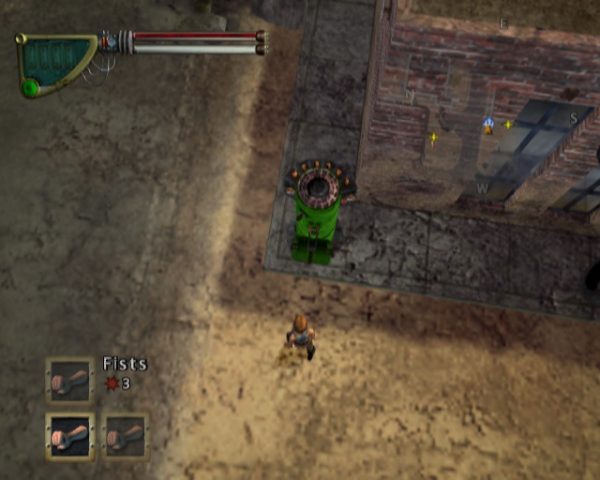