Heaven on earth is here. Experience the ultimate in fighting, online or offline, in Dead Or Alive Ultimate 1 and 2. DOA2U features 21 interactive worlds, the most mind-blowing DOA graphics to date, 7 modes of play, the irresistible ladies of DOA, plus the ability to play online with up to 8 people. And, re-live the game that started it all, the original Dead or Ailve, now online. It's a whole new world....and it's all yours.n* Double disc set featuring the newly designed DOA2U and the original DOA1Un* Exclusive bonus contentn* Limited Edition trading cards includedn* New films revealing characters' historyn* All new environments, costumes and fighting movesn* Play or watch through Xbox Liven

# 2013-08-10 12:30:46 - official description
* Amazing new crisper, interactive visuals made possible by the incredible power of the Xbox
* Features never-before seen episodes from the characters' pasts
* Contains the DOA girls with new fighting moves and new costumes
* The first 3D fighting game with full Xbox Live capabilities, plus offline version as well
* Contains the original Dead or Alive and remixed version of Dead or Alive 2

Test your fighting skills against a vast community of gamers in the first 3-D online fighting game to date. Tecmo's esteemed development group, Team Ninja, has created the ultimate Dead or Alive fighting experience by coupling the original version of Dead or Alive with a completely redesigned Dead or Alive 2 on Xbox. Both games will be Xbox Live multi-player compatible, enabling you to fight with players all over the country.

And that is only the beginning! With a multiple assortment of special features included in the collection such as a variety of new costumes, many new battle stages and interactive environments, a new opening movie, and unique 2-disc set packaging with inclusion of collectible trading cards, Dead or Alive Ultimate will be the game of choice for fighting fans everywhere when it launches late Summer 2004. 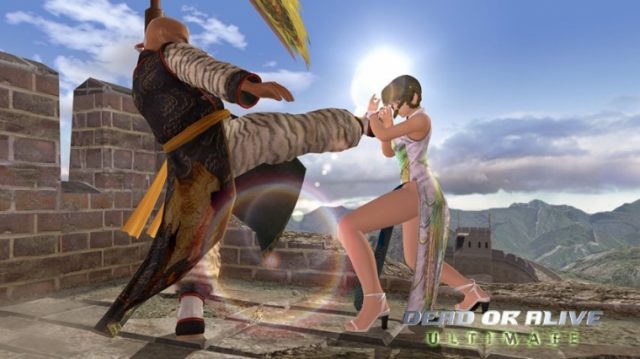