It is the first game in the Japanese series making its debut in the United States for the dual-screen handheld (based on part 3 from the GBA edition). The series, a popular franchise for the Game Boy Advance, puts players in the role of Phoenix Wright, ace attorney, as he gathers evidence, interviews witnesses, and surveys crime scenes in five different cases. The player's case is strengthened by presenting findings during the proceedings, as well as examining witnesses and determining what's the truth and what's a lie in their statements. 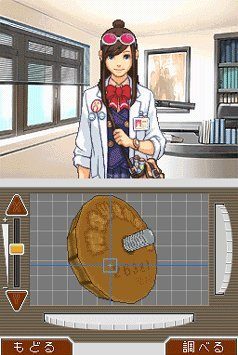