The story is not over.
* Encounter even more Disney heroes and villains
* Travel to amazing worlds you've never experienced
* Use powerful new techniques, magic, and combination attacks
* Experience an adventure larger and deeper than ever before

# 2013-11-08 17:06:33 - official description
Kingdom Hearts II follows Sora, Donald, and Goofy on their continuing quest. It has been a year since the events of Kingdom Hearts: Chain of Memories. The story begins in Twilight Town, a quiet burg nestled between night and day. Sora and friends are joined by a vibrant new cast of characters, including the king himself! Together, they encounter countless dangers in worlds both familiar and brand-new.Features:
* Explore both new and familiar worlds from Kingdom Hearts, plus new Disney worlds to the Kingdom Hearts franchise, such as Pirates of the Caribbean, Beauty and the Beast and Mulan.
* A more advanced battle system that allows for a wider range of commands, powerful new combos, and cooperative attacks with members of your party, introducing another layer of strategy.
* An all-new "Drive" command that lets Sora change into a variety of new forms, altering his skills and abilities.
* A revamped camera system that keeps you in the middle of the action.
* Brand new transportation system that takes Sora and friends from world to world in the style of theme park rides.
* Cameo appearances by popular Final Fantasy characters.
* A large ensemble cast of Disney characters and a new cast of original characters designed by renowned artist Tetsuya Nomura.

My favorite game in the world 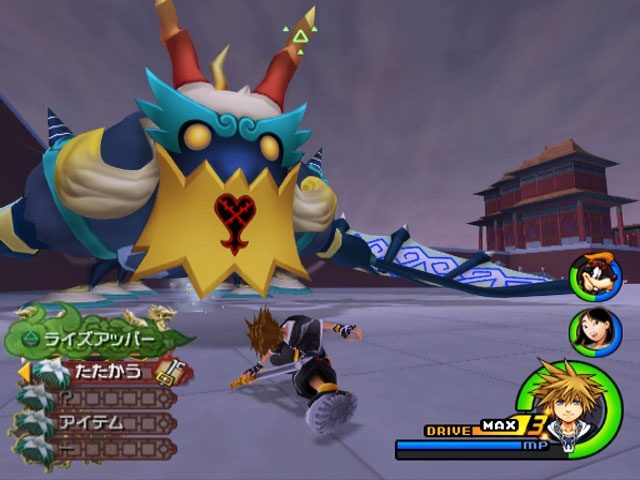