Spring 1945. The ravages of World War II are drawing to a close and the Russians and Germans are locked in furious conflict for war-torn Berlin. Reports abound that the Russian secret service (NKVD) are in Berlin to steal atomic bomb technology from the German Army. You control the fate of an American soldier, trained as a sniper by the OSS. As a key member of an invisible, yet elite group, you are assigned to the most sensitive of missions. Disguised as a German and working alone, you must infiltrate hostile enemy environments and using your stealth and sniping skills, and stop Stalin's forces from controlling the world's nuclear technology. 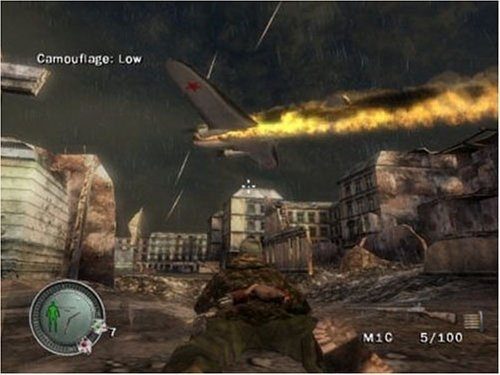