* New acrobatic action on poles and rails offers variations for fast-paced blade and gun combat.
* Advanced melee combat for deeper, more precise fighting with more than 30 combos. Do the combo you want, when you want to do it. After earning a combo, its added to a reference menu accessible on the Pause screen so skilled fighters can test out all of her available moves.
* 12 fatality finishing moves like the cleave and stab and behead let you end feeding sequences with a flair.
* Motion-captured movements and new soft body physics system for more dynamic and realistic kills.
* New devastating powers include Enhanced Blood Rage and Ghost Feed.

BloodRayne is a dhampir, born from the unnatural union of vampire and human. Blessed with the powers of a vampire but cursed with the unquenchable thirst for blood and a weakness to sunlight, Rayne is challenged with her most personal battle yet in BloodRayne 2. 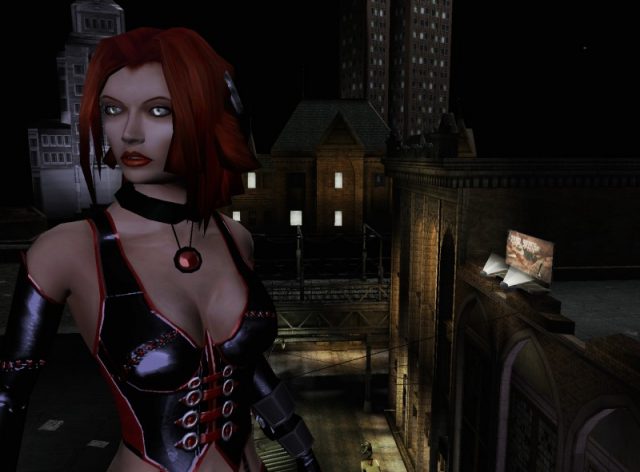