A shooting game with vertical scroll.
In this game, there are only you and the boss ship. The more you beat a boss, the more next boss becomes strong.
You have 180 seconds in first time, and it decreases. Time will increase, if a boss is beaten, and if you die, it will more decrease.
Beat more bosses, before time is lost.

There are no "stages" – only an endless sequence of bosses, which continue until the player is out of time, or lives, depending on the game mode.
Each of these bosses is "modular", and contains: a number of arms connected to the main body, which each often have their own joints from which stem other "arms", extending to potentially several "layers" of limbs; a range of weapons; and also potentially thrusters, extra armour, and various other comparatively rare adaptations.
The first boss, and the "core" of each subsequent boss, is known as the Pure Heart, and it adapts and changes based on how the player attacks each new boss.
If the AI notes that the player finds lasers far harder to dodge (i.e. resulting in more player deaths) than the other weapons, players will more frequently encounter a sequence of laser-wielding bosses.
If the player attacks the front of the boss more often than any other angle, extra armour will appear on the front in later iterations.
If the player attacks the core of the boss without killing all the other wings first, the Pure Heart will become stronger; if not, the Heart will remain relatively low on health whilst the rest of the boss expands.
Each boss builds on what the AI thinks the player has been up to in the previous iterations; the sequence of bosses a player encounters are therefore unique each playthrough. 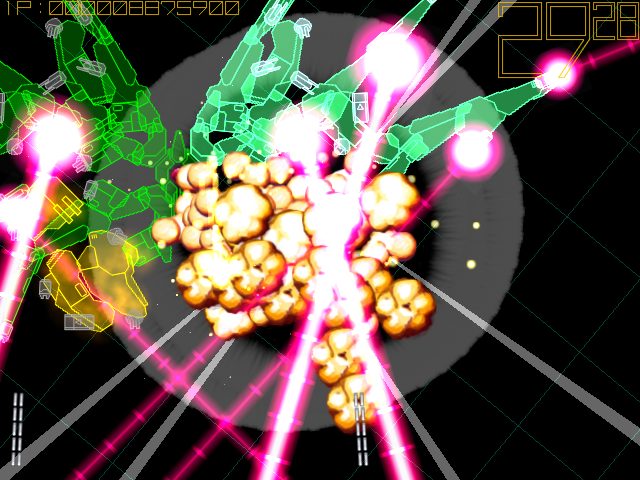