Featuring a variety of Mobile Suits from the Gundam franchise, 'Mobile Suit Gundam' sets players in the latter stages of The One Year War. Players have the opportunity to be a commander of their own Mobile Suit battalion for either the Federation or Zeon Mobile Suit Assault Force. As players move through the ranks, they are able to gain access to new Mobile Suits and engage in battles with more capable pilots at their command. With a battalion at their disposal, players face a number of strategic options to choose from. In order to succeed, it will be vital for players to know about specific destructible parts on Mobile Suits, vulnerable enemy facilities and whether or not to engage enemies with either short or long range combat. Teamwork will also be a key component to the survival of every mission. If players are successful, their chosen allegiance could be the turning point for the war in Mobile Suit Gundam. 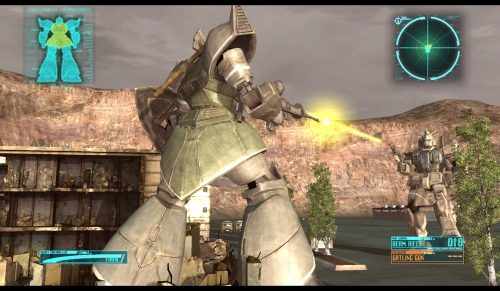