Set in the ancient, mysterious world of mythical China, players train under their master's watchful eye and learn powerful martial arts and mystical powers. When danger threatens, players travel across the world, from the harsh mountains of the Land of Howling Spirits to the lush gardens of the Imperial City. In their adventures, players face powerful human and supernatural foes, learn exotic and magical martial arts, and discover the darkest secrets of the world. Only by mastering the greatest fighting styles and defeating the most powerful enemies will players earn their place as a master of martial arts in the world of "Jade Empire."
Features:
* Roleplay as a martial arts master.Choose a character with a unique appearance, a custom voice set, and a powerful combination of ability scores and fighting styles.
* Innovative fighting system: master fighting styles and mystical powers.You begin as an accomplished student, a graduate from the respected school of Master Li but your education has just started. As your character develops you choose which styles to enhance your warrior on the path to becoming a living legend.
* Epic adventure in a lush world based on mythical China.In the ancient and mysterious Jade Empire, you train under your master's watchful eye and learn powerful martial arts and mystical powers. Your journey has just begun into the unknown and deadly world of flashing steel and supernatural terrors.
* Build a living legend, recruit followers and agents, and send them on missions across the Jade Empire.You can't become a leader without followers to lead. Your decisions determine the rewards that you receive, and who shares in that glory.
* Battle monstrous creatures.The path to peace is never easy. You face terrors from this world and beyond with only your iron courage, your perfected skills and the weapons you carry. Study your opponents carefully: their weaknesses are few. 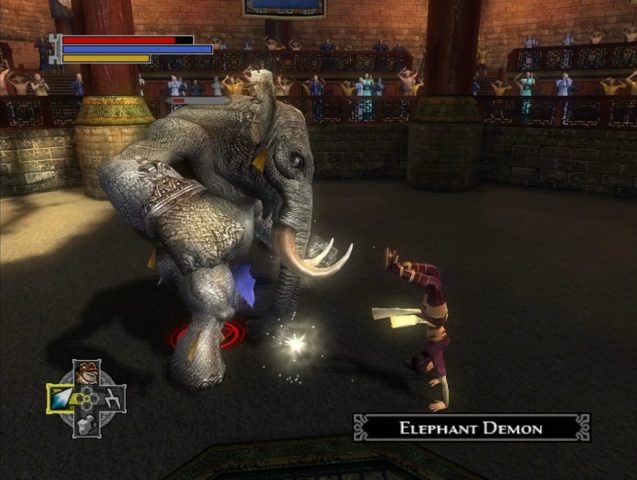