IN A WORLD WITHOUT BORDERS, TERRORISM KNOWS NO LIMITS.Section 9 is back to give the cyber-terrorists a run for their money. The Niihama terror plot was just the beginning - Berutarbe in the northern region celebrates its 20th anniversary return to the Kurile islands and Section 9 must investigate several mysteries in the surrounding area. Play as Section 9 members and use Motoko's agility, Batou's strength, Togusa's stealth or Saito's sniper skills to protect the festivities and take down the terrorists!
* 6-player wireless battles and communication
* Train and customize your Tachikoma - add weapons and parts to enhance their abilities!
* More than 50 different weapons! From hand guns and rocket launchers to sub-machine guns.
* Hack into enemies or surveillance systems to break down the terrorist cells.

Player can freely select which character they control for each mission.

sequel of
Ghost In The Shell: Stand Alone Complex (PS2) 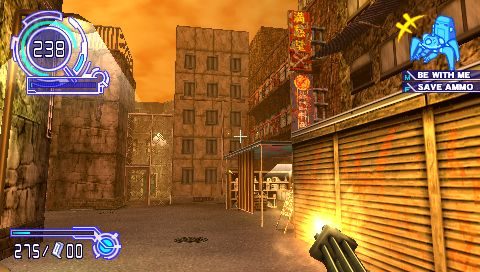