Thanks to a game engine called Exult, Ultima VII: The Black Gate and its addon The Forge of Virtue can be played on a variety of platforms. Plus a few enhancements.

Tags:
The character can move seamlessly from above ground to under ground, up or down stars, in and out of buildings, on and off of rooftops, in and out of ships, and take to the air and land. Various magical transportation occurs.
The 8th canonical game in the Ultima series and the first game in Ultima's Age of Armageddon. (Ultima Underworld is canonical, prequil of this game, and the 7th in the series). But, it was never intended to run on Linux. This, and other exult enhancements are sufficient to mark this game as uncanonical. Exult uses SDL for the Linux version with an OpenGL option. The player and party can use crossbows and bows. Ingredients can be mixed to bake bread and other things. Cheese is available as food. A variety of items can be crafted into other items. There are pumpkin fields in the game, from which pumpkins can be harvested. Flight of the Bumblebee is played at one point, Rule Britannia is overplayed. There are several prisoners in the game and this plays into the plot more than once. An addictive medicine in the game is abused by characters and can be abused by the player's character and party, with consequences. Unicorns are mentioned by in-game books and by characters
one can be found by the player also.
. And some coder with nothing better to do has given the engine dance mat compatibility. 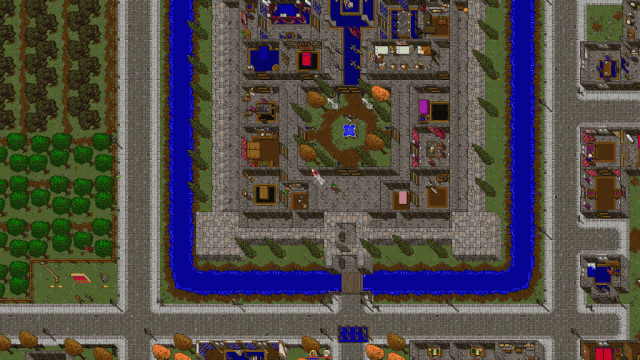