The first-person shooter has long been a pre-eminent game genre, thanks to such classics as Doom and Medal of Honor. But where such games either offered combat in a science fiction or World War II context, Resistance: Fall of Man blends the two with a story set in an alternate version of the 20th century. In this reality World War II never happened and there was no Nazi enemy. Instead humanity is threatened by brutal invaders, the Chimera. It's 1951, and Britain is the last outpost of humanity in Europe, a place now seemingly deserted. The situation is looking desperate, but the US finally abandons its isolationism and begins a counter-attack.

This was an excellent shooter. Though graphics were not as impressive as expected, it did show what great potential is in the PS3

(Rave) - # 2007-01-05 11:50:03
In Resistance: Fall of Man, the U.S. and Britain band together in a last-ditch effort to save Europe and Asia from a horrific scourge. In mere decades, the Chimera – a species of unknown origin propagating a virus that converts other life forms into more Chimera – has overrun Russia and all of Europe. Humanity’s hope for survival is slim, and the tide of the battle rests on the shoulders of U.S. Army Ranger, Sgt. Nathan Hale. 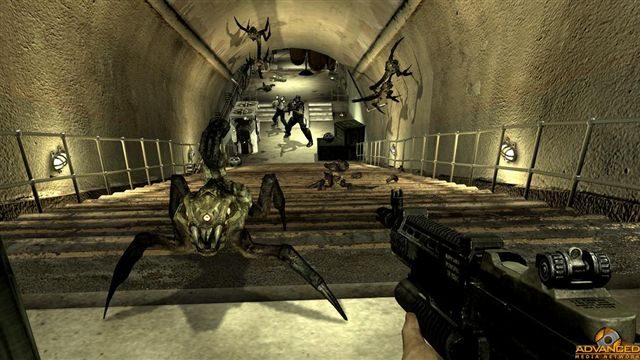