crazed sentients —
almost all humans you see have been driven insane by some infrasound that has been killing the birds.

achievements — Unlocks concept art and videos. Granted for completing levels, finding and collecting dead birds and metal plates (the metal plates especially are well hidden) and some special objects, from performing some feats in either firearm or melee combat, and one for playing the game through with only melee weapons.

Sanguine # 2008-08-14 17:39:12
Birds can be found by following either the buzzing of flies or the squawking/flapping of live ones. Usually few birds are found by the help of a cinematic showing them - during conversation or just the camera passing by an angle from which they're visible - or the game allowing you to use the smell-o-detector (or whatever) to locate them.

Metal plates are surrounded by black scribbles of eyes and the occasional bird, but mostly just eyes.

There's also one special item in each(?) level in the form of a TV with VCR nearby. These are usually in some side room or similar which easily go unnoticed and have no clear markers to guide you there (than perhaps the static sound coming from the TV).

Effectively all these challenge your ability to investigate and explore the levels to the fullest taking cues from audio and visual stimuli which the game uses quite brilliantly.

The Unforgettable at IMDb 

The game was banned in Germany and all copies confiscated on basis of StGB §131. 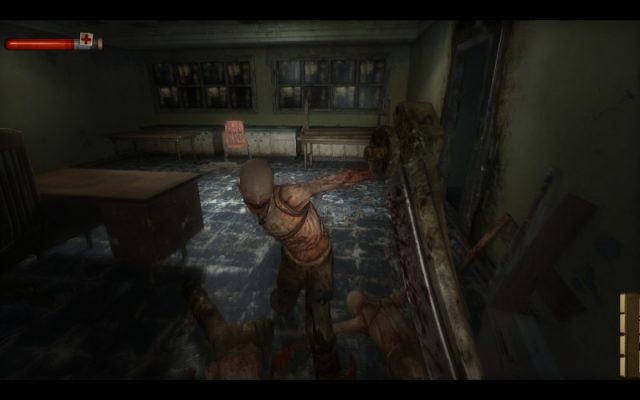