The idea of writing an online role-playing game emerged during autumn 1995. Unlike the text based multi-user-dungeons at that time, Tibia should have a graphical user-interface, thus giving players a better impression of the world they live in. Concrete plannings started in the Easter holidays 1996, and by January 7th, 1997, a permanent public server was ready to be launched. Since then, the game has continuously been developed further, and the number of players grew steadily. Now tens of thousands of players visit Tibia every day, thus making it one of Europe's largest online role-playing games. 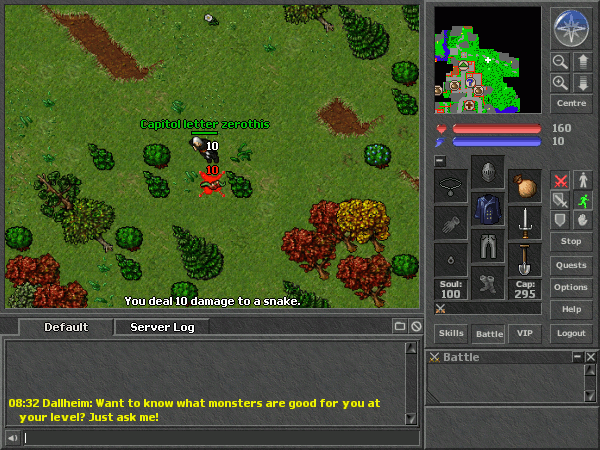