Life isn't easy when you're a 12 pound ball of tar.

You can make GISH sticky, slick, heavy, and somewhat alter his shape to jump, overcome enemies and obstacles. GISH, Gameplay and the environment is entirely based as on physics and are destructible. 57 levels, plus secret levels.

There is also a 2 player verses mode in 5 hostile environments. 2 balls of tar can't really hurt each other directly, but if one of 'em falls into a lake of lava, touches an open flame, or gets squished under a anvil, that's gonna hurt. 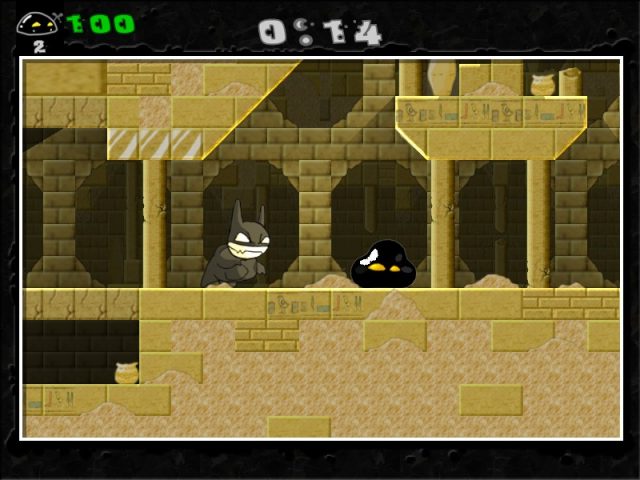