When released in the United States this was retitled "Die Hard Arcade" with graphics and game elements being changed to fit the new name. Dynamite Deka (AKA Dynamite Cop) is the same game in everything but the modified graphics, voice acting. Comparing the sequel, released as "Dynamite Cop 2" on the Sega Dreamcast in the USA, similarities can be noted even if one has not had the chance to compare the nearly-completely-identical "Dynamite Deka" to "Die Hard Arcade". 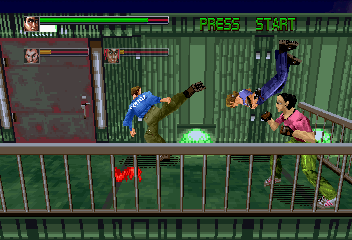