Alias is a third-person action adventure containing a unique blend of action and stealth that puts you under fire and under pressure. Whether you're up against the clock or being hunted by the enemy, fighting against the odds or fleeing for your life, the action is relentless. Utilize your incredible spy ware and array of disguises to complete the most dangerous covert missions across the globe. Experience all the heart-stopping action and tension of the award-winning TV series. The main character is Sydney Bristow, an active field agent for the CIA specializing in infiltration and data retrieval. Young. Female. Deadly. When CIA agent Sydney Bristow is called in to work on her day off she knows there must be something serious going down. The order has come from the CIA's best mind--her father, Jack Bristow. A fellow operative, Agent Jacobs, has gone missing in suspicious circumstances. His last communique to the CIA contained highly sensitive intelligence regarding Sydney's arch nemesis, Anna Espinosa, formerly a top agent for a rival agency, now gone rogue. The trail starts in a Monte Carlo casino, Jacobs' last known location, but Sydney is soon in a global race against time through Saudi Arabia, Hong Kong, Rio de Janeiro, and beyond. If that weren't enough, it seems Anna has teamed up with both the formidable and sinister talents of Mr. Sark and Arvin Sloane--but why, and for what purpose? How are the "Followers of Rambaldi" involved? And what is "The Machine"? Game features include multiple ways to complete levels and objectives, an intriguing, twisting plot crafted by the writers of the "Alias" television series, and close ties to the TV show using official script writers, costumes, and voices. 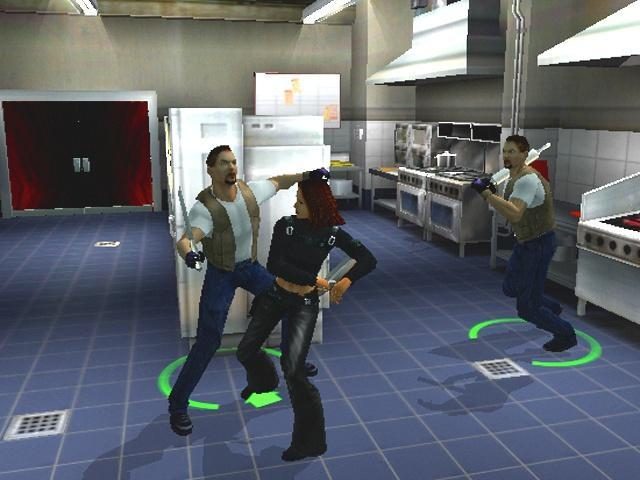