The Legend of Zelda: Twilight Princess

a.k.a. Zelda no Densetsu: Tasogare no Himegimi / Himegimi ゼルダの伝説 トワイライトプリンセス

Better than the Wii version.

When an evil shadow stretches from the heart of Hyrule to its peaceful borderlands, a young farm boy named Link must awaken the hero ... and the animal ... within. When Link travels to the darkened land of Hyrule, he transforms into a wolf and must scour the land with the help of a mysterious being named Midna. Ride into battle against troops of foul creatures, using an incredible horseback combat system, then take on massive bosses that must be seen to be believed. Many puzzles stand between Link and the fulfillment of his quest, so players must sharpen their wits as they hunt for weapons and items. Link, a young man raised as a wrangler in a rural village, is ordered by the mayor to attend the Hyrule Summit. He sets off, oblivious to the dark fate that has descended upon the kingdom. When he enters the Twilight Realm that has covered Hyrule, he transforms into a wolf and is captured. A mysterious figure named Midna helps him break free, and with the aid of her magic, they set off to free the land from the shadows. Link must explore the vast land of Hyrule and uncover the mystery behind its plunge into darkness. As he does, he’ll have to enlist the aid of friendly folk, solve puzzles and battle his way through dangerous dungeons. In the Twilight Realm, he’ll have to use his wolf abilities and Midna’s magic to bring light to the land.

# 2009-11-08 10:49:34 - official description
This gritty, sweeping adventure will set a new standard for video games with vast lands, stunning visuals and amazing new game play that allows you to control Link, whether he travels on foot, on horseback or on all fours - as a wolf.

This game was not offered in many markets and delayed in others due to the fear that it would hinder sales of the Wii.

has influenced
Shadows in Noise (Linux)
The Last Tinker: City of Colors (Linux)
The Legend of Zelda: Book of Mudora (Linux)

ported to
The Legend of Zelda: Twilight Princess HD (Wii U)

version of
The Legend of Zelda: Twilight Princess (Wii) 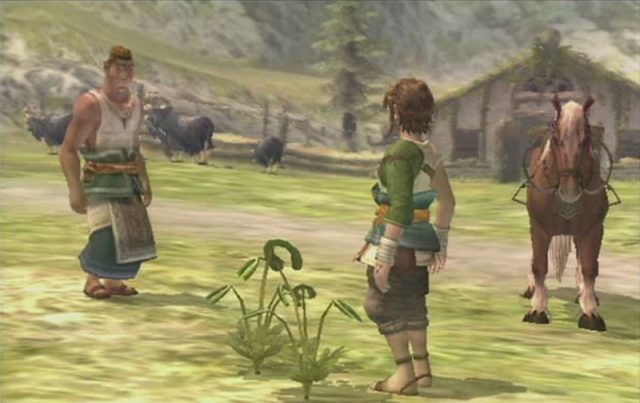