Escape Velocity is a single-player, role-playing, space-adventure computer game series first introduced in 1996 by Ambrosia Software for the Apple Macintosh. Two other similar games based on the original, EV Override and EV Nova, followed in 1998 and 2002 respectively. In addition there is a trading card game available based around the storyline of the EV Nova universe.

The series was created as a joint effort between several people and groups. Matt Burch programmed all three games in their entirety except for the registration system and various libraries. He also devised and created the scenario for the first game. Ambrosia Software, headed by Andrew Welch, managed marketing, registration, and distribution, as well as providing several external libraries used by the games. Early test versions of the game went by the name 'Merc' (short for 'mercenary'). Peter Cartwright wrote the scenario for EV Override and the Australian company ATMOS created the scenario of EV Nova; both originated as plug-ins for the preceding games before being picked up by Ambrosia as sequels. The fighter pilot voices in the original game were provided by Patrick Delahanty. A plug-in of additional phrases was also created and later included as part of EV Override.

Although speculation occurs quite frequently, the developers indicate that there are no plans for a fourth game in the Escape Velocity series. 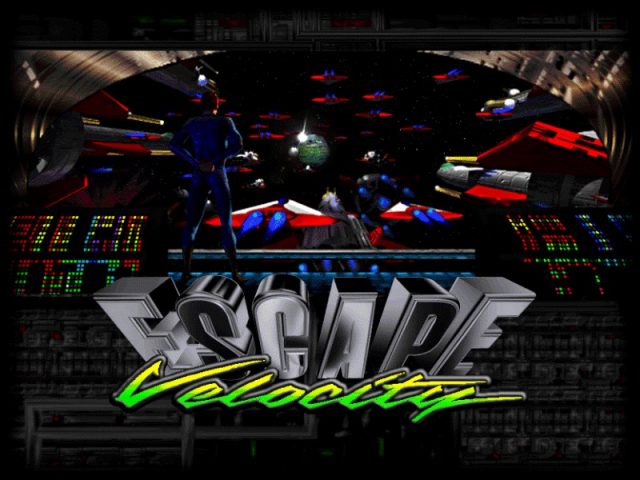 The title splashscreen, from the point of view of a Rebel warship's bridge.
View the full gallery