3D hockey has never been more realistic, as Wayne Gretzky brings his brand of hard-hitting hockey to the N64. All teams and players are updated and current, with expansion teams, trades, and trends entirely accounted for. All the players are graded based on speed, shooting, strength, and defense, and you can trade all the players you want to make your team more competitive. You can adjust how tightly penalties are called, making it easy to get away with such tactics as hooking and tripping your opponent. With two game speeds, five difficulties, and variable period times, this game really checks out! 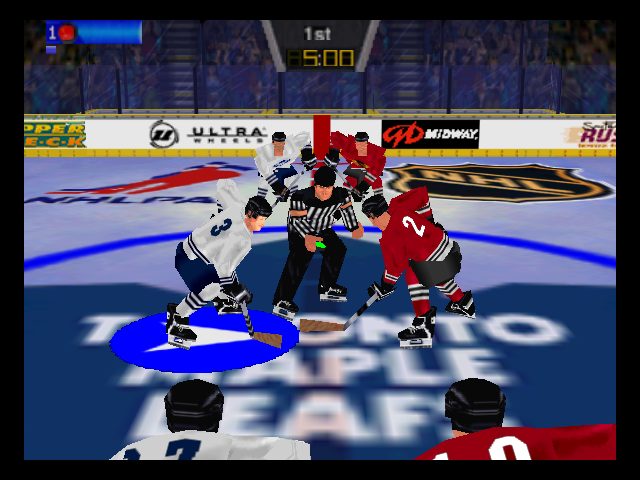