XIII is a stylish, first-person shooter thriller featuring a conspiracy of epic proportions. As a secret agent with complete amnesia, players unravel clues behind their true identity, while uncovering sinister plots against themselves, the U.S. government, and a mysterious presidential assassination. In XIII, Jones proves a valuable ally, as players will need to call upon her assistance in several gripping situations. This Collaborative Mode is just one of XIII's varied gameplay modes, which also include stealth, all-out action, and multiplayer.

# 2017-11-25 05:01:10 - official description
The leader of the free world has been assassinated and you are the prime suspect.
You wake up on a desolate strip of a New England beach. The near-fatal impact of a bullet has left your head pounding, and your memory erased. What's more, the number "XIII" has been mysteriously tattooed on your chest, while your pocket holds a key to a New York City bank box. Head swimming in amnesia, you struggle to your feet only to encounter more assailants intent on finishing the job. To your shock, you handle the hitmen with the killing skills of a professional -- before heading to the bank in search of any shred of information about your lost identity and your involvement in the President's murder.
What lies ahead is a deadly quest not only into your shadowy past, but America's darkest corridors of power. 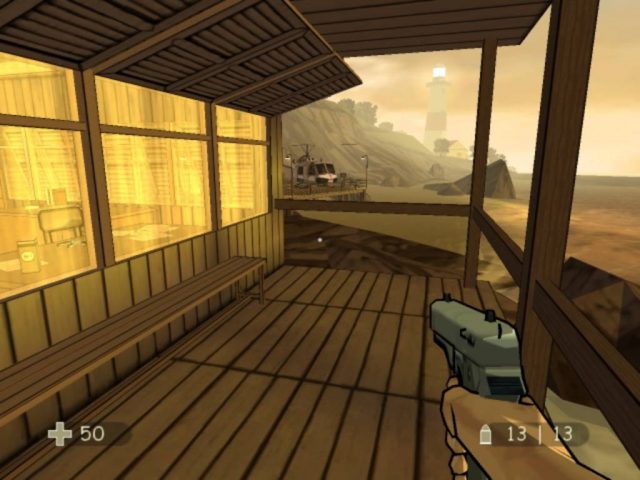