Players saved their home island Khorinis from the forces of evil in [[gameid:47040 Gothic]] and [[gameid:102172 Gothic 2]]. Now it is time to travel to the realms of the mainland, where invading Orcs have enslaved the human kingdom. There are only a few free humans living in the nearly uninhabitable icy northlands of Nordmar and in the southern desert of Varrant, and a handful of rebels hiding in the mountainous forests of the Middle Realm. Players can choose to join the rebellion and stay true to the deposed human king, serve the Orcish usurpers in their quest to topple the last remaining human stronghold, or choose a path that serves their own ends. Every decision made will have an impact on the game world and tip the balance of power. There is no simple linear story in Gothic 3 - every game will be different and unique, with the player ultimately deciding the fate of humankind.

* Huge free-roaming, hand-crafted world with no loading times once you are in the game
* All new combat system that allows unprecedented control over melee attacks
* Clear, non-linear objectives within the main story allow the player to influence the outcome of the narrative
* Living world where the player's interactions with characters have a dramatic impact on gameplay
* Engrossing storyline driven by the player's choices
* Countless side-quests for the player to explore
* More than 50 different monsters and dozens of human enemies
* A host of powerful spells and a huge variety of weapons
* Advanced and complex human behavior AI for hundreds of individual characters, all featuring high quality audio dialogues
* Unique class-free character development -- the absence of rigid character classes means players can choose to train their character with a wide variety of military and magical powers
* Soundtrack by the Bochum Symphony Orchestra, a world class orchestra from Bochum, Germany 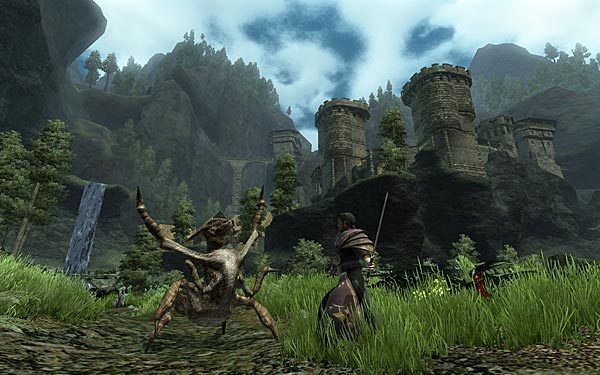