Aion™ is a visually stunning massively multiplayer online role-playing game (MMORPG), where you ascend to divinity and fight in a celestial war. Wield divine powers to bring deliverance to your people and restore balance to a world shattered by cataclysm. Prepare yourself for power and privilege in an epic online adventure you'll take with thousands of other players and spread your wings to claim your rightful place among the immortal legions of Atreia!

Welcome to the glory of Aion: The Tower of Eternity!

* Fight for the radiant, luminous Elyos or the grim, foreboding Asmodians in a massive celestial war raging all around you.
* Soar above the world and fight while airborne--the chains that bind you to the earth are gone.
* Adventure through captivating quests fit for an immortal.
* Hurl enemies down into stony chasms or pullem them mid-air in the Abyss. Tactics and strategy rule the skies in Aion.
* Customize your avatars to be truly unique.
* Reign over a world whose beauty, vibrance, and spirit shines with the brilliance of divinity.
* Join the battle in massed legions, with thousands of avatars to count as friends or to fight against as enemies.
* Experience an exotic atmosphere for adventure with an amazing musical score by Yang Bang Ean (Ryo Kunihiko).
* Behold a new graphical standard among MMORPGs--CryTek™ powers the heart of Aion! 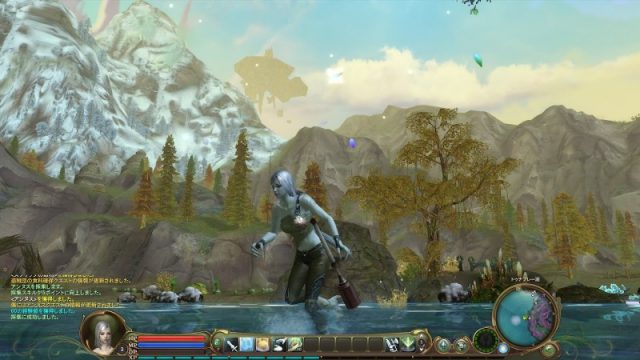