Alien Swarm is a game and Source SDK release from a group of talented designers at Valve who were hired from the Mod community.

Available free of charge, the game thrusts players into an epic bug hunt featuring a unique blend of co-op play and squad-level tactics. With your friends, form a squad of four distinct IAF Marine classes. Plan your attack using an unlockable arsenal of weapons with countless loadout configurations against a wide variety of aliens. Blaze your way through an overrun, off-world colony, eradicating the alien infestation in environments ranging from the icy planet's surface, to a subterranean lava-flooded mining facility.

# 2010-07-17 06:31:06 - official description - source
More outlying human colonies have fallen to Swarm attacks this month, the most notable of which being the research base of Tau Ceti 5. This base was known for its intensive research on the alien threat, having produced a number of papers on their behaviour and biological makeup, information the ISAF paid a great deal for. It's unknown whether the attack on this base was caused by the recent presence of a number of recently captured live bugs or whether it was just a random attack.

Valve Steam - # 2007-09-29 19:47:23 - official description - source
Alien Swarm: Infested is an upcoming action strategy game featuring a unique blend of co-op play and squad level tactics all in an overhead view. As a Commander in the Interstellar Armed Forces, your job is to guide your squad and successfully complete their mission against the ravages of the Swarm infestation, a threat which plagues mankind across the breadth of colonized space.

has this MOD
Silent Escape 2 (Linux) 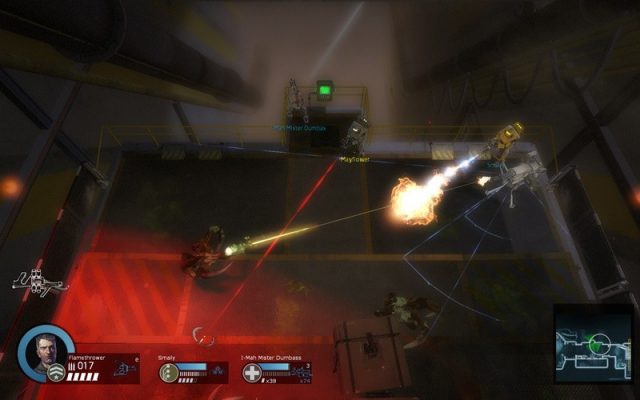