Shadowgrounds Survivor is a spin-off/sequel to the underground PC hit Shadowgrounds and will be available at retail outlets and online later this year.

Shadowgrounds Survivor tells the story of three survivors who join forces with the last remaining human resistance in the heated battle against the ongoing alien onslaught. The acclaimed atmosphere and gameplay mechanics of the original Shadowgrounds make a triumphant return armed with a new feature set!

• 3 playable characters, each with impressive new tactics
• RPG-like upgrade system for weapons and characters; including special attacks such as the all-engrossing Napalm Flame and the mighty Brute Slayer.
• New gameplay features such as the Sentry Turret and the powerful Mech!
• Campaign mode short of filler and full of action, running parallel to the Shadowgrounds story and expanding it to new locations, including snow and ice environments, gritty sewers and the suffering New Atlantis colony
• Survival mode where the player is pitted against hordes of alien monsters – the clock is ticking and they just keep on coming!
• New graphics enhancements, including raging snowstorm effects, new weapon effects and much more!
• Integrated physics that bring the world alive with hundreds of physics objects, taking the destruction to the next level
• New original soundtrack composed by praised Shadowgrounds composer Ari Pulkkinen
• On-disc Editor tools, sample missions and modding Wiki for easy modding; take part in the Shadowgrounds mod community and create mods for the Campaign or the Survival mode – or just enjoy the results of others!

difficulty - mostly affects how swamped the player gets in the various holdouts. The highest difficulty gets a bit ridiculous. 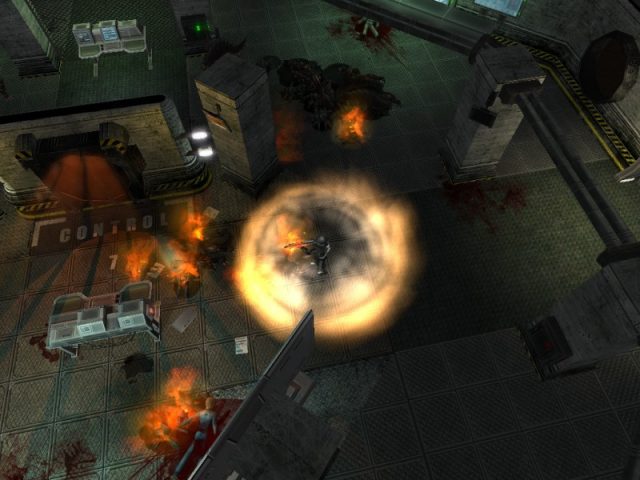