Includes all Six Episodes from Season One:

Episode 1 - Culture Shock - The former child stars of the Soda Poppers TV show are wreaking havoc all over the neighborhood! But this is no ordinary tale of child stars gone awry. There's a dark force behind the Poppers' baffling antics. Using only their wits and a slew of heavy household objects, it's up to Sam & Max to save the day!

Episode 2 - Situation: Comedy - Talk show host Myra Stump has gone berzerk! Sam & Max head down to the WARP TV studio to find out why she's holding her audience hostage. But getting onto Myra's stage isn't going to be easy. First the Freelance Police will have to prove they're worthy of fifteen minutes of fame.

Episode 3 - The Mole, The Mob, and The Meatball - The commissioner is looking into an underground operation at the Ted E. Bear Mafia-Free Playland and Casino, but the mole he sent in has suddenly gone quiet. To find the mole, Sam & Max must infiltrate the operation and become members of the Toy Mafia themselves.

Episode 4 - Abe Lincoln Must Die - The president's lost it. Federally mandated group hugs, a pudding embargo... what's next, gun control? Sam & Max are off to Washington to take care of this bozo, but the political climate will only get stormier... and a new power will rise...

Episode 5 - Reality 2.0 - With an internet crisis looming and a viral video game holding its players hostage, Sam & Max will need to slip into a new reality to set things right. But can the Freelance Police crack this virtual case in time to avoid worldwide system failure?

Episode 6 - Bright Side of the Moon - What started out as a local mind-control scheme has grown to global proportions, and Sam & Max are off to the moon to save the entire planet from a lifetime of hypnotic enslavement. But when chaos collides with tranquility, have the Freelance Police finally met their match? 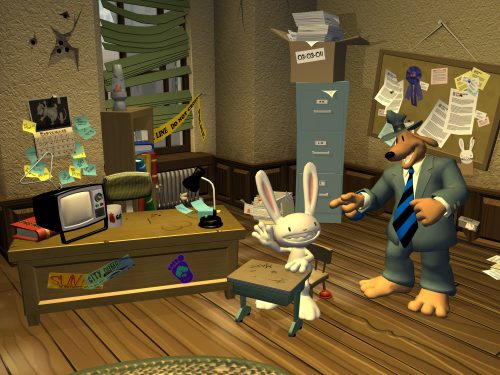