Introduction
Enter into a world of merciless combat and blood thirsty competition, and enjoy the unrivalled challenge of facing human opponents right from the point of stepping into battle.
FURY - the revolutionary Player versus Player, Massively Multiplayer Online game (PvP MMO).

Unlike most other games, Fury doesn't shackle you with class restrictions. It won't make you grind levels for months before you can begin PvP, and it won't make you fight a single mob.
The intense speed of Fury's combat is unlike anything you have ever seen in an MMO. Most of your abilities are instant-cast, which allows you to traverse obstacles and chase fleeing enemies instead of being frozen in place waiting for a spell to finish casting.

Wrapped around the pure adrenaline rush of the gladiatorial combat is an in-depth character advancement system that lets you unlock over 400 abilities which you can use to develop a character-class all of your own. Add a huge array of powerful weaponry and spells, with Clan and individual Ladders to dominate, and you have a formula that is guaranteed to bring out the competitive spirit in you.

The time has come. Unleash the Fury!

Special Features:
* PvP combat focused - Every development decision focuses on providing players the ultimate in Player vs. Player experience.
* Combat with the visceral thrill of an FPS game, and the strategy and depth of an RPG.
* A robust matchmaking system that ensures players always fight opponents of equal skill and experience
* Classless advancement system for ultimate flexibility - No more gimping your character or being constrained to a specific set of abilities. In Fury you don't choose a class - you define your own!
* A game that provides instant action to catch your attention, and the meaningful depth to hold it.
* Realm vs. Realm system with literally dozens of other Realms to fight against!
* Ladders and tournaments for clans or solo players to prove their worth.
* Over 400 abilities, each with 10 unlockable ranks providing near endless possibilities for character advancement and achievement.
* No boring PvE grind - go straight into thrilling PvP combat against human-controlled opponents.
* An MMO that you can actually achieve things in during your lunchtime.
* Challenge system for fighting with friends, groupmates or clans, for practice or bragging rights.

Fury: Age of the Chosen is a free downloadable content update/patch/expansion to the game (to be published sometime in December 2007), not a separate game or even proper subtitle for it. 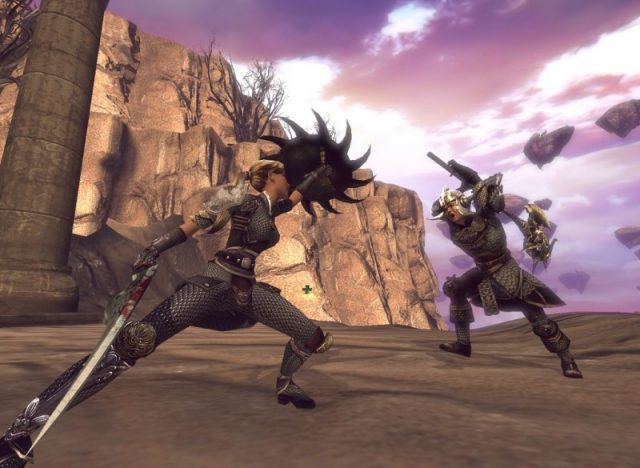