What we saw in the movies finally happened. Science-fiction became reality and everybody could see how huge spaceships landed over the main capitals of the world. Aliens attacked at once, killing millions of humans in mere seconds. The governments of the Earth answered to the attack with nuclear weaponry, in a desperate movement for destroying the aliens, at the cost of the planet itself.

The aliens survived, the Earth became a wasteland, and the sewers, the subway and the basements became the only havens for the remains of humans, which gathered into small groups and gangs in order to survive.

The Swarm is a 3D adventure game, full of action on 3rd view where the player will face the challenge of surviving in a wasted Moscow that shows the scars of the alien attack, defending himself from the attacks of other humans looking for a piece of food, and from the dangerous aliens.

Key Features:
• The main character, though starting as a normal human, will be able to assimilate alien skills and characteristics, that will make him more and more powerful to defend himself, though at the cost of his humanity and mental sanity. Develop your character as you wish, choose the alien skills freely, or keep him free of them and focus on the weaponry.
• Face huge enemies and bosses, tall as a building which can kill you with a single hit.
• Real Moscow shown, under the effects of the alien catastrophe... Fight in the demolished Red Square... defend yourself at the doors of the Kremlin of a 50m-tall alien. 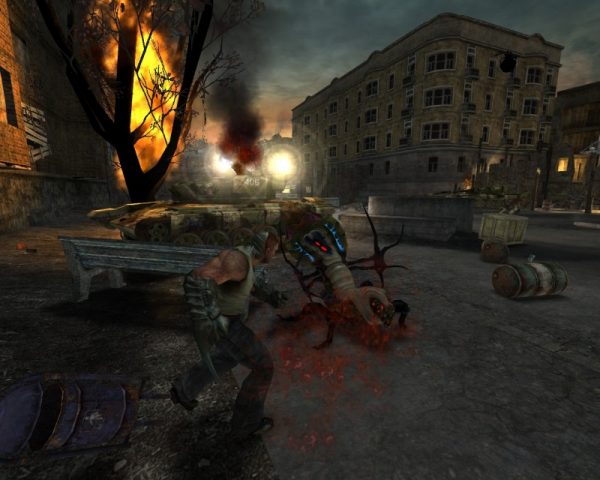