Blood Bowl is the video game adaptation of Games Workshop's famous board game of the same name.

A brutal team sport unfolding in a parallel fantasy world based on Warhammer and American football, Blood Bowl invites gamers to form a team of players from such races as: Orcs, Elves, Humans, Dwarfs and many other fantasy creatures, and launch themselves into battle in the bloodiest of arenas. This strategy sports game combines a fine balance of tactics and bone crunching action!

The game offers two game modes. The first, which is fully real time, offers a spectacular gameplay. Intense battles between blocking linemen and daring displays of agility of players leaping and dodging through opponents tackle zones, while powerful spells and dirty trick special plays are unleashed across the pitch; all this creates a highly charged atmosphere. Of course, since it is sometimes difficult to keep an eye on the entire field at once, the game's interface offers different tactical and strategic setups, while the AI is responsible for managing the players on the field.

The second game mode, an actual turn-based game, is a treat for players of the original board game because it is an exact replica of Games Workshop's tabletop masterpiece. The original rules have been faithfully reproduced, and it contains all of the devices, strategies, play and rhythm of the original game.

The single-player experience allows the player to manage a team throughout an entire season of Blood Bowl, through the Old World of Warhammer. The team will evolve over the course of victories, experience gained and awards won. With its immense depth, the game can almost be considered as a management game, from managing the popularity and sponsorship of players to the purchase and sale of players, as well as their aging, retirement and even death.

In multiplayer, the player will be able to throw down a challenge to other Blood Bowl players and participate in large tournaments on the Internet in order to climb the official ranks. 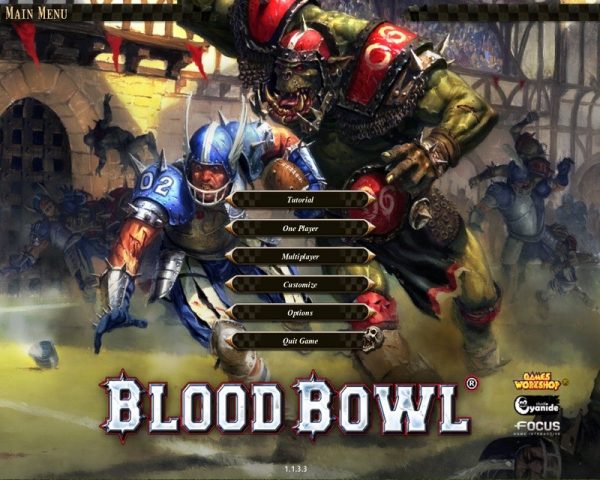