The world was destroyed by The Third, an apocalyptic event that sent the world to war decades ago as a result of the greed of humanity. When armies embraced both biological and nuclear weapons and killed millions, the real horror came later. The Yoju monsters spawn from the mutated remains of biological agents that fed on the dead in the radioactive fallout. The resulting terrible mutations in the bodies of humans bred, covered the rugged landscape and pushed humanity to the brink of extinction.

It is now the year 2048. as the last game of mankind in its fight against the Yoju, a squad of genetically modified cyborg soldiers was created. Its members possess combat skills far beyond ordinary people and have been programmed with the complete database of Anti-Yoju strategies and tactics that offer them all the highest tactical advantages. These female soldiers have become humanity's last line of Defense Against Total Annihilation. They are called A. S. S. P., The Last Hope of mankind.

In the year 2048, strange beast born from the 3rd world war radiation roam the world. A group of factory created bio soldier girls are there to fight them. Our guy being a specialist in beast behaviour, is their new commander. If he can win battles(failing to save the victims but gets to watch them), he gets to be friends with the girls. 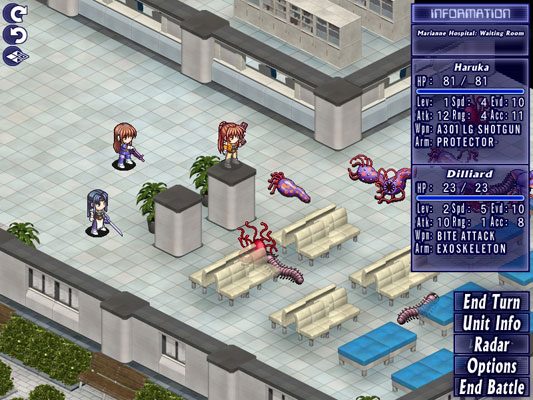